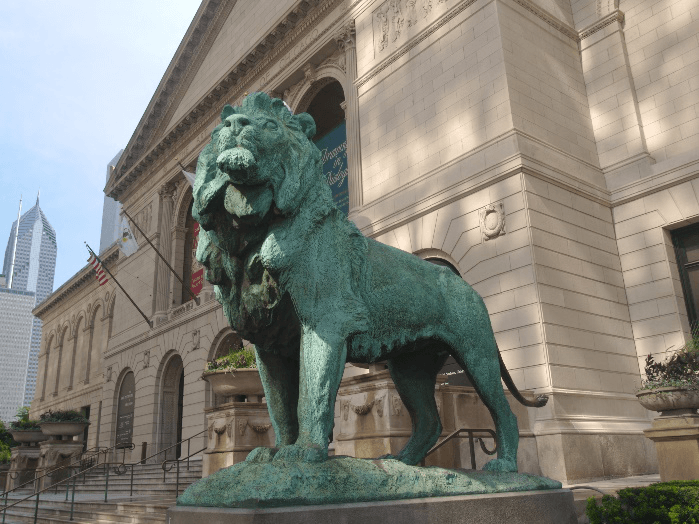 There was an interesting notice in the Chicago Tribune this last December 6. It was an ad asking the public to help recreate a photo of the Art Institute of Chicago originally taken in 1893. The museum does not want someone to make a custom canvas wall art piece but be part of the art itself.

The photo recreation is set to take place on the front steps of the museum located on Michigan Avenue in Chicago on December 8, 2018. As part of its 125th anniversary, the Art Institute of Chicago is asking patrons or anyone else who is interested, to sit on the steps outside the museum. Pose with hundreds of others and get your picture taken as part of the Art Institute’s tribute to its history.

The picture is a black-and-white photo showing a large crowd sitting on the steps of the Michigan Avenue Institute and spilling onto the street. Three people can be seen walking in front of the crowd. They are a bit blurry, but photographers feel they can recreate this same atmosphere.

The Art Institute’s building dates to the World’s Colombian Exposition of 1893. The fair committee worked together with the Art Institute board to construct the building. The building itself was used during the Colombian Exposition for international assemblies and meetings. Best custom canvas prints of this exposition can be found in the art institute’s museum, in case you are interested.

The photo is a part of the Art Institute’s community and Chicago history. Art officials want to recreate the photo to be displayed as an exciting part of the 125th-anniversary celebration. The best custom wall art of this photo will be shared on social media and become part of the museum’s archives.

After the celebration and the photo is re-released, it can be turned into custom canvas wall art and purchased as part of art used in displays.

Museum curators and the board are hoping that members and as well as the public will be interested enough to participate and be a part of history in the making. Kati Murphy, a spokesperson for the Institute, says, “Being inclusive and inviting everyone is part of who we are and part of our civic mission,” Murphy said.

Can you imagine being in this photo recreation and being made a part of art history? You don’t have much time! Get a ticket to Chicago, sit or stand on the stairs of the art museum, and eventually see yourself in some of the best canvas prints in Utah art shops.

Contact Custom Canvas Prints for your personalized canvas today. We also offer a simple Create A Canvas editing tool on our site that will walk you through the print ordering process.

We understand that sometimes a larger project comes up and you may not know where to start. Whether you’re needing artwork for a new office space or a large wall in your dining room, let us help you!